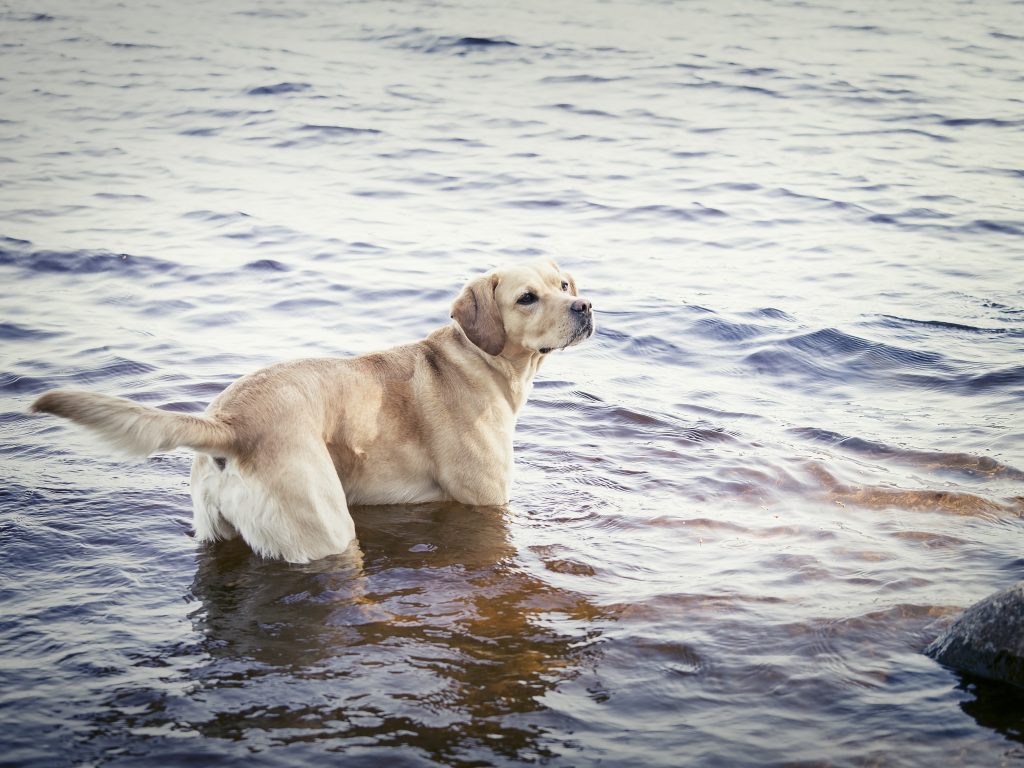 Frontpage
Courses
Get to know your dog
Dog as a species

The domesticated dog of today has come a long way to find its way into our living rooms. Domestication was made possible by the separation of dogs from wolves as well as the beginning of agriculture.

Dogs have long been considered a subspecies of wolves, because they can have reproductive offspring with each other. Wolves’ bones have been found near prehistoric human bones from already 300,000 – 400,000 years ago, which means wolves and humans have hunted on the same lands already then.

The domesticated dog is different compared to all other canine species, which is why it is fully justified that dogs are considered its own species. Genetic differences between canine animal species are smaller than between human individuals. Dogs and their wild relatives can still reproduce amongst themselves.

Dog domestication has seemingly happened at the same time as humans have begun to cultivate the land and settlements become permanent. Waste attracted all kinds of animals: cockroaches, rats and wolves. The bravest wolves, least afraid of humans, got the best leftovers from the midden, which slowly made the population tamer. At the same time, the wolf’s structure changed; big size and big brains were no longer needed to hunt for big game and neither were big teeth to chop the prey.

About 14,000 bce, changes in the structure of the canine animals living near humans began to show. There are clear signs of domestication already from over 10,000 years ago and of close interaction between dogs and humans 40,000 years ago.

Mitochondrial DNA comparison reveals that dogs and wolves first separated from each other over 100,000 years ago. Research also revealed that some canine lines have separated from the canines in the wild four times before, which may explain the varied appearance and behavior of present-day dog breeds. If domesticated dogs had separated from other canine species only once, the genetic variation within the species would be much smaller than it is today.

Dmitry Belyaev did an experiment with silver foxes (vulpes vulpes), which proved that domestication could have happened already during a couple of generations. The individuals chosen from the fur farm for the experiment were those least afraid of humans and they were crossbred. Already after a couple of generations, the foxes started to resemble dogs. Their behavior changed (started to bark) and their appearance changed (fur started to change colour).

The team of researchers used new molecule techniques and analysed the DNA of fossil remnants such as bones and teeth roots. The research material included samples of dogs from Europe, Asia and America. The eldest samples were 36 000 years old.

By studying the mitochondrial genomes of eighteen ancient wolves and dogs and comparing them to modern samples, the researchers were able to demonstrate that all dogs are most closely related to ancient european wolves.

Research also revealed that no existing wolf population is as closely related to dogs as the ancient animals, whose samples were studied. This means that the present-day dog’s ancestor has become extinct.

The supposed dogs that lived over 30 000 years ago were the real surprise. Genome research revealed that they are not related to present-day dogs. This finding suggests either that domestication, that had already begun, paused or that an unknown Pleistocene wolf population has existed.

Future research of new fossils and the core genomes of ancient wolves and dogs may still offer surprising findings of the history of domesticated dogs.

The ecological niche of a dog

Along with the first human settlements and agricultural societies (ca. 11,000 BCE), humans created a new ecological niche. Middens, that consisted of waste inappropriate for human consumption, were developed on the outskirts of human settlements. Wild dogs presumably gathered around middens to eat. The dogs that tolerated human presence had the best chance of survival.

Much like its predecessors, the present-day dog will gravitate towards the ecological niche created by waste that humans produce, as long as their conditions allow it. The vast majority of the dogs in the world live in a commensal relationship with humans in which one benefits from the relationship while the other does not. As a species, a dog, much like pigeons, rats and cockroaches, is a waste eater.