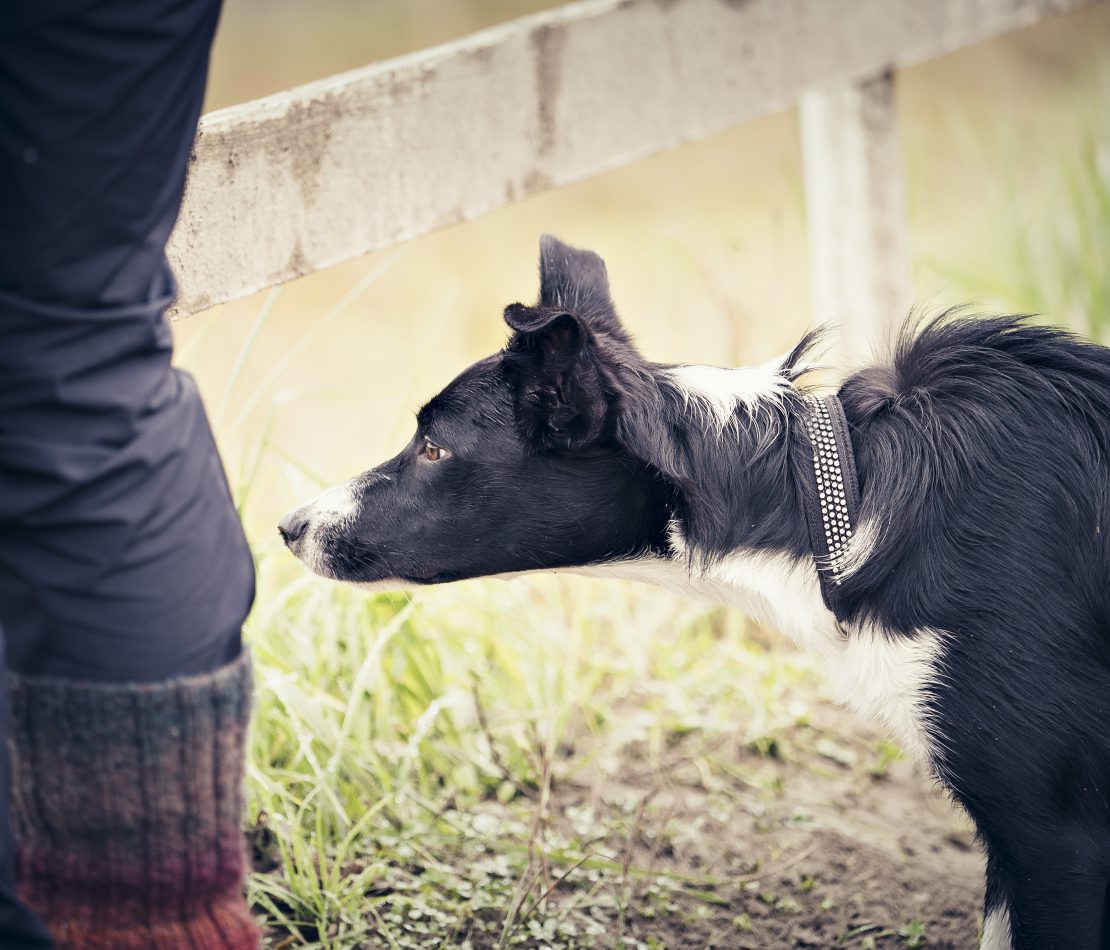 What makes dogs growl on leash? This seems to be the most common of dog-related problems, with no conclusive answers. Do we actually understand our dog, and are we truly able to look at it from the dog’s perspective? Without the necessary backround information it’s hard to be a good owner in this situation very meaningful and awkward to the dog. In this blog I will talk about the basis of leash aggression and give practical ways of improving the situation.

A dog wants to connect with other dogs. This is already clear by how important scent marking by other dogs is to a dog. It’s important for a dog to know who lives in the neighborhood, to get playmates and to sometimes share the owner’s attention. A dog doesn’t necessarily need friends in its home, since that means having to share resources. If there’s for example a lack of space or attention, another dog in the same household can be a burden. Whether your dog likes other dogs or not, it’s certain that a lonely dog is no dog. As people are only human to another human, are also dogs a dog to each other. It’s the owner’s responsibility to arrange safe and controlled opportunities for interaction.

A dog is a curious creature capable of learning from previous experiences. Learning from curiosity is common in the animal world, lemmings being a prime example. During the mating season it’s like any other mole and runs from danger. It’s had time to learn its entire home range so thoroughly that it always knows the route to the nearest burrow. When moles venture outside their territory, in a strange environment, they react to everything foreign with sharp aggression. Similarly, a dog is naturally curious about its environment. Curiosity is proven to be a developmental phase in youth but can at its best last all the way to old age. Satisfying curiosity and learning bring pleasure.

Why do dogs growl on leash?

Unfortunately, the view of the world a dog has may through various experiences become very different and scarier than the world us people perceive. It’s impossible to know for sure what it feels like to be a dog, or to live in their world. A social, curious animal living a constant nightmare is behaving logically both when it attempts to meet a fellow creature and when it’s being aggressive. A behavior like this can’t be improved by heavy-handed ownership or training methods. While it may quiet the dog for a while, it gives speed to the spiral of destruction that finally culminates in a broken mind.

Often us people are the cause for aggression

Dogs are characters. Where one is social, another can be more of a loner. Characteristics are hereditary and thus it’s justifiable to say that especially in breeds with a very small gene pool, a certain behavioral model can be a feature of the breed. Experiences do however have a big role in how the dog’s worldview, relationship to things and mindset develops. In ownership based on dominance and subjugation it’s common that a heavy hand and different ways of bullying are used to remind the dog of the existing hierarchy. Unfortunately, violence breeds violence. We all have a tipping point after which the world turns black, we stop yielding and respond with aggression. When the aggression becomes commonplace, we’ve created an aggressive dog. There are of course other reasons for a dog to develop aggression, such as illness, pain, and accidents, but the most common seems to be a person’s own incapability to understand how it feels to be a dog.

How should dogs be perceived?

A dog isn’t a feelingless mechanical automaton triggered by external stimulus. Animals, dogs included, are more intelligent than is commonly thought. Many species are aware of themselves when they look in the mirror. They know how to communicate and the young of some species babble before they learn the species-typical cues. Ravens have been shown to be aware of the intentions of others, meaning they have a “theory of mind”. Theory of mind is the capability to guess another’s thoughts. Thoughts require language. There is no reason why the situation for animals would be somehow different. While we sadly can’t decipher animal speech, scientists have found that dolphin vocalization holds language structures and that individuals in a pod have names.

Dog intelligence in relation to other animals

Cross-species intelligence has often been measured by the brain size in relation to the body, and by the degree of cortical convolution or brain folding. Us humans have big and highly folded brain. The brain of a dolphin is bigger and significantly more folded than a human brain. Additionally, the dolphin neocortex has double the human amount of neurons: cells responsible for learning and transmitting information. Thus secret of human intelligence isn’t in raw computing power.  A human is human due to literacy and ways of transferring what we’ve learned to the next generations. A dog has a medium-sized brain for an animal. It’s capable of understanding another’s thoughts and motivations. With its brain, it can compete against others, form alliances and engage in politics. It’s intelligent and emotional, but without the knowledge of the ones who came before. It isn’t stupid, but instead a blank painting, colored by the hues mixed by experience.

As us humans, emotions guide also animal motivation. Joy, sorrow and fear are commonplace in the animal kingdom. They also feel like how we experience them. Animal feelings can also be unknown to us or emphasized differently. For example, some species form a stronger attachment to their close ones than anything us people can ever feel. Emotions and awareness are unlikely to have fallen out of the sky. They’re a concept shaped by evolution, begun at the dawn of time. Try it yourself: praise your dog in a happy, exciting voice. You can get it to feel joy and be interested in you.

What to do with a growling dog?

A dogs motivation to growl can be affected in two ways. By helping it overcome it’s fears, we reduce the reasons for aggressive behavior. Fear and other negative emotions cause stress in the dog. A stressed dog behaves in perplexing and harmful ways. That’s why removing all stressors from the dog’s life is key. There are many, and not all can be treated with psychological solutions. A dog can be sick, or it’s nutrition can cause (physical) stress. Veterinarians and other experts should always be consulted when the physical welfare of the dog is in doubt. If a healthy dog presents aggressive behavior, it can be affected through training. In other cases, the solution is in treating the physical issues.

A growling dog isn’t trained by dealing with the actual growling. Aggressive behavior is a symptom of something, and very few dogs find growling rewarding in itself. By removing all scary things from a dog’s life and teaching some basic behaviors, we can affect the motivations for growling.

If you feel you don’t have the skills to help your growling dog, you should get professional assistance. Make sure that the trainer you choose is aware of the scientific background behind aggressive behavior. Fear-inducing training methods can make your dog feel even worse. All dogs can’t be restored to the situation before the aggressiveness started, but the dog’s quality of life can always be improved. That’s the kind of care and caring your dog needs from you. You’re it’s best friend.

The writer is an animal trainer and one of ILOMME Dog Training experts.